Beyond Sound: Better Audio In ELearning 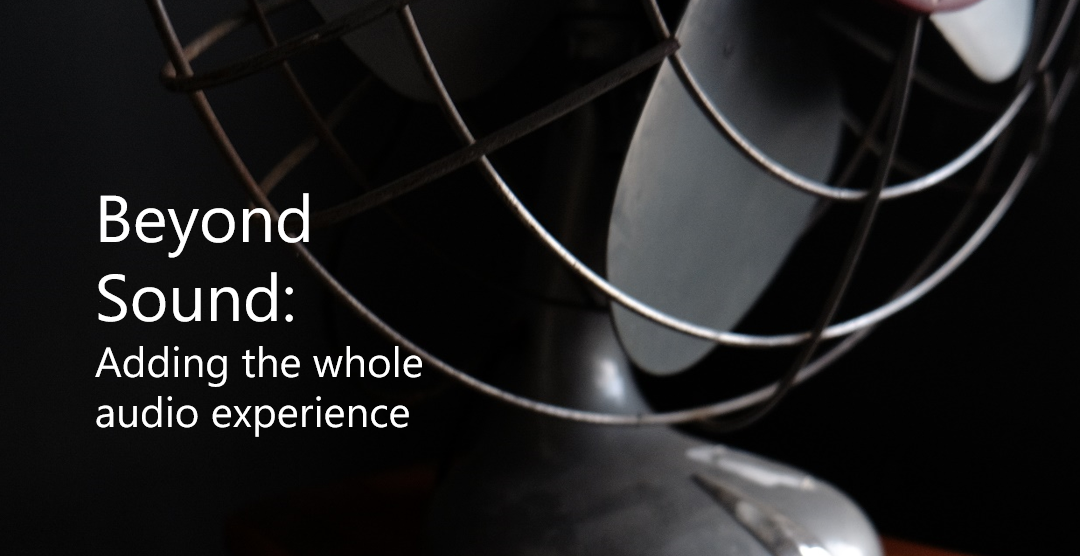 How You Can Create Sound For an eLearning Soundtrack
What is it that makes people watch a video and what makes them watch it more than once? An overlooked fact is that a really engaging video is often invisible – it’s the result of what people hear during it.

Understanding What Sound Recording Is

What is a sound recording? In simple terms, it’s a recording a microphone hears, usually a voice. The human voice, even when it’s recorded well, can be two-dimensional and flat. If recorded in a studio, it’s best if the background noise is kept out as all you want to hear is a voice. This is the typical, albeit a bit boring route.

Will the voice alone carry the story for your video? If you’re looking at from just the surface, then sure it will. However, it’s not going to convey the entire story. With that in mind, how can you create a third dimension for a video project?

You Need to Create a Script

The secret is to write a script, which includes everything you hear – words, ambient sounds, sound effects, etc. When you’re writing, you must have some kind of visualization of the soundtrack – papers rustling, trees blowing in the wind, chalk on the chalkboard, kids laughing, etc. You want your audience to think about what the soundtrack would be saying if there were no words to go along with it.

A key to doing all this is to write your words down and record yourself. Or, you can just listen to yourself speak the words. How natural does it sound to you? Do you feel it’s a part of an ecosystem of words you would experience when talking to somebody? Does it sound like two people having a conversation?

In any event, in the majority of cases, you’ll be doing a lot of script editing. But practice leads to perfection.

What is recorded audio? It’s vocal recording, but it does not make a soundtrack. It’s a method with a clean announcer style with no background noise to it. They’ve been trained to record a script in a quiet location. The sound is played behind the video or slides during the lesson.
It’s often seen in eLearning.

A soundtrack, on the other hand, is when non-trained voices are talking in natural settings. It’s got ambient noises such as the wind with other background sounds that give life to the speakers and environment. This is considered a more realistic ways to produce sound.

When it comes to creating the soundtrack, it’s a tedious process that requires some deep thought and implementation. You must think of anything that could be in the environment you’re developing and look for them through the Internet or create them for yourself.

Again, it’s a tedious process, but the payout if worth it. You’ll benefit from a rich and realistic story where your learners can imagine the scene as you unfold it audibly. Instead of flat dialogue against a still background, imagine a restaurant with the tinkling of glasses, full ambient sound of muffled chatter, creaky floors, and wait staff rushing by. The latter is worth the extra steps to make a rich learning experience come alive!